The safety and well-being of our families, community, and employees is our top priority. We are proudly providing Live Streaming Services.
Learn what we're doing to keep families safe in response to Coronavirus (COVID-19).

We have years of experience caring for families from all walks of life, cultures and faiths. Our unsurpassed staff and our family provide kind, caring, professional service. Each family comes to us because they know we are leaders in our profession who are dedicated to excellence in service, adhere to the highest funeral industry standards, and have exceptional integrity. We consistently earn phenomenally high customer satisfaction survey results.

Our licensed, professional staff is here for you 24 hours a day, 7 days a week. Please call 509-328-2600 anytime. We will even come to you to make arrangements in the comfort of your home.

Prompt, compassionate service is always just a phone call away, where and when you need it. 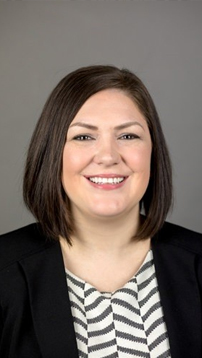 Melissa has been in the funeral profession since 2009.  She graduated from Hamline University in 2006 with a Bachelor's Degree in Criminal Justice and Forensics.  Shortly after graduation, she moved to Arizona and pursued her education in Mortuary Science, graduating from Mesa Community College's Mortuary Science program in 2010.  Following graduation, Melissa immediately began working at a small funeral firm in Tempe, AZ and has since worked in numerous roles at several funeral home and cemetery locations in both Arizona and Washington.

In 2013, Melissa moved to Washington to be closer to her younger sister and very much enjoyed the last six years in the Seattle area.  During her time in Seattle, Melissa graduated from National University out of La Jolla, CA with  her Master's Degree in Forensic Science in hopes it will continue to aid her in working with families at the funeral home.  She takes great pride in the work of being a funeral director and embalmer as it is a true passion for Melissa in caring for families during their time of need.

In her spare time, Melissa enjoy spending time with her boyfriend, Sean and her pets.  With her older sister and Mom in Minnesota and her Dad in Oklahoma, Melissa enjoys travelling with her younger sister to visit family across the country.  She enjoys being outdoors, taking walks and hikes and enjoying the nature Washington has to offer.

Sue grew up in a family of ten children with her father in the Air Force, moving the family from California, to Texas and back to Spokane, WA, where her home has been for the last 40 years.  She has an AA Degree from Spokane Community College and went to work at a prominent, local law firm for seven years. Sue stayed home to bond with her son, Taylor, for a year and a half, and then entered the Funeral Industry and never looked back.  She worked at Ball and Dodd Funeral Home serving families for 15 years and then moved to Hennessey Funeral Home, where she has been for the last 15 years.  Sue takes great pride in her role as Office Manager at Hennessey Funeral Home and considers it a privilege helping families during the most sensitive time in their lives.  Sue loves volunteering in the community with her team members from Hennessey Funeral Home and currently sits on the Board of Southside Senior and Community Center as Secretary.   She enjoys walking, scrapbooking, reading, cheering on the Seattle Mariners and Gonzaga Bulldogs, and yearly trips to Las Vegas.  Sue and her husband, Jeff, have one son, Taylor (and his beautiful wife, Amanda) and truly enjoy their three grandchildren, Dahlia, Oliver and Rose.  Her role as Grandma brings her the greatest joy. 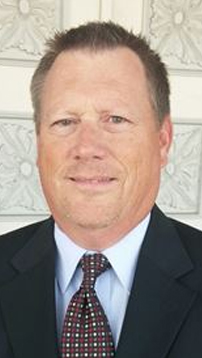 Chuck has been serving families and individuals with preparing their funeral or cremation arrangements in advance of need for more than 12 years in the Spokane community. His role is to help facilitate your wishes through listening to your needs, sharing options, and creating the services that are right for you. He has lived in the Spokane area since 1974 when his dad was stationed at Fairchild Air Force Base. He received his Bachelor’s Degree in Business Administration from Eastern Washington University. Chuck and his wife Vicki have three adult daughters and thoroughly enjoy their role as grandparents.

Dean entered funeral service on February 14, 2011.  He was a deputy coroner for several years, he is a licensed funeral director, a certified crematory operator, and is currently completing his prerequisites for entrance into a mortuary science program pursuant to becoming an embalmer.  He is an active father, who participates in many school activities, including acting as a chaperone for his children’s school functions and field trips, and supporting other extracurricular activities like football and baseball.  He enjoys spending time with his family in the great outdoors, doing things like fishing, camping, and snowboarding. He is kind and considerate of the needs of a grieving family. “It is an extraordinary privilege to serve your family.”

Dedication and commitment to serving the community. A death in the family can be difficult and traumatic and being able to navigate those waters knowledgeably is indispensable, as a funeral director with Hennessey Arthur is able to provide guidance and care giving families an opportunity to celebrate a loved one’s life while knowing they are in caring hands. With well over ten years of caring for families Arthur and the staff at Hennessey are constantly pursuing ways to serve our families and community.

Amber began working at Hennessey in 2014 as an ambassador and moved into an intern embalmer and cremationist position shortly after starting at Hennessey.  She prides herself in working alongside our families as the individual who cares directly with our family’s loved ones.  She enjoys working within the community she grew up in and finds comfort knowing she helps all those individuals who come through our doors no matter what the circumstance may be.  In her time away from work, Amber enjoys spending time with her son and family.  She enjoys gardening, beekeeping and crafting in her free time.

Alexis joined Hennessey in January of 2020 as an ambassador then shortly thereafter moved into the role of an administrative assistant and receptionist.  Alexis was born and raised in Spokane, attending University High School.  She played softball, sang in multiple choirs and enjoyed art classes the most.  Alexis has always felt drawn to serving her community and caring for people and by working at Hennessey, she has found a rewarding way to do so in caring for our families.  In her spare time Alexis enjoys reading, writing, and joking around with her family and friends.  She is a parent to two cats, Blizzard and Zukizumi and one dog, Azula.  She also enjoys painting, traveling, sewing, taking Azula and Blizzard on walks as well as being out and about within the community she grew up in. 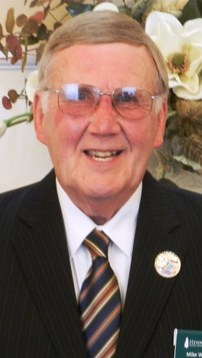 Mike served his funeral director/embalmer apprenticeship in Everett, Washington from 1959 to 1962, graduating from Everett Community College in June 1962. He entered the U.S. Navy following graduation and served as a hospital corpsman in DaNang, Vietnam until late 1966. Mike attended and graduated from the San Francisco College of Mortuary Science in December 1967. He was employed at Smith Funeral Home until 1971 and was hired by Charles E. Hennessey in 1972, working there until retirement in 2001. While employed, he also graduated from Eastern Washington University with his B.A. in Business Administration in 1974. Mike is also a retired U.S. Navy Command Master Chief E-9 and served in Desert Storm in 1991. He married Marilyn in June 1971, and they have one son in Pateros. Together, they have lived on the South Hill for over 47 years. Mike served as the Vice President, then President, of the Inland Empire Funeral Directors Association from 1991-1993. He is an Elder in the South Hill Bible Church, and active as a Gideon in Spokane's South Camp. Mike is also an assistant curator of the Honor Point Military & Aerospace Museum at Felts Field. 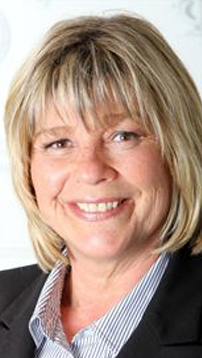 Susie represents the fourth generation to work for Hennessey Funeral Home. She graduated from Gonzaga Prep in 1980 and attended Gonzaga University, Spokane Falls Community College and Spokane Community College. Susie has lived in several places, including Dutch Harbor, Arkansas, Seattle, and Portland, but returned home to Spokane to raise her son Charlie and to be with family and enjoy the perks of Spokane. She loves the four seasons here and enjoys living so close to lakes and winter sports.

Lynn was born and raised in the Catholic faith and attended St. Aloyius grade school and parish. He is a retired Catholic hospital chaplain, employed by Sacred Heart Hospital for 13 years. In his adult life, Lynn was a medical missionary in Ghana, West Africa at a Catholic hospital for 28 years. He has been an Ambassador at Hennessey since 2006.

Taylor grew up in Spokane and is a proud alum of John R. Rogers High School. He earned his Bachelor’s Degree in Instrumental Music Performance (2010) and his Master of Arts in Teaching (2011), both from Whitworth University. He has been a public school band teacher for 9 years, having spent 8 years as the head middle school/high school Band Director in the Deer Park School District, and he is currently entering his 2nd year as an Elementary Band Specialist for Spokane Public Schools. Taylor can also often be found performing as a working drummer and percussionist around town. He is a regular in musical theater orchestra pits and has played with the Coeur d’ Alene Symphony, various bands, and performs as a solo steel pan artist. Taylor has also performed on his steel pan for Hennessey’s Memorial Day celebrations, Holiday Remembrance service, and other various community events. Taylor is always seeking ways to serve others in his life, and he was introduced as a funeral ambassador through his mother Susan. He is honored to be able to serve families with kindness and respect in their difficult times of loss and he takes great pride in helping them to honor and celebrate the lives of their loved ones. Taylor has been married to his wife, Amanda, for 8 years and adores his 3 young children, Dahlia, Oliver, & Rose. He loves spending time with them on walks and bike rides and watching them grow to find their own talents and interests. 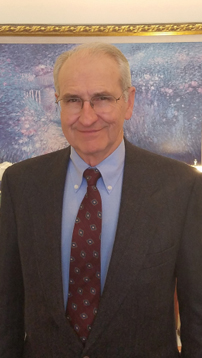 Denny grew up in Montana and moved to Alaska, where he began a career in human resources in the oil industry. In addition to assignments in Alaska, Denny held challenging positions in Dallas and Midland, Texas. In Spokane, Denny worked as a consultant to management and taught classes at Gonzaga and Whitworth. Denny and his wife have lived in the Spokane area for over 20 years. Their three children graduated from Spokane area high schools. Denny has assisted families with funeral and memorial services for more than five years. 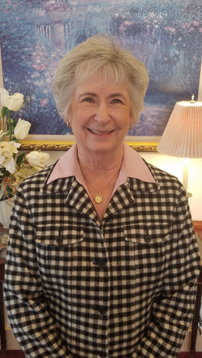 After growing up in New Mexico, Jan moved to Alaska, where she worked in the banking industry. She became a full-time mom and moved with her family to Dallas and Midland, Texas. Jan and her husband have lived in the Spokane area for over 20 years. Their three children graduated from Spokane area high schools. Jan has assisted families with funeral and memorial services for more than five years.

Deacon Dan Ritchie served for 16 years as a Board Certified Catholic Chaplain at Providence Sacred Heart Medical Center, retiring in 2008.

He was ordained a Permanent Deacon in 1994 for the Diocese of Spokane.  He has served at Sacred Heart Parish in Spokane, at St. Mary's Presentation Parish in Deer Park, and at Holy Cross Cemetery.  Dan currently serves St. Francis of Assisi Parish in Spokane.

He married his wife, Cathy in 1964.  Together they have 3 children, 4 grandchildren and 4 great-grandchildren.  They have lived on the north side of Spokane since 1982.

You are welcome to call us any time of the day, any day of the week, for immediate assistance. Or, visit our funeral home in person at your convenience.